Cat Shooting War: Offline Mario Gunner TD Battles is one of the best offline battle games, in which you play for the feline pogo team of fighters and protect your enormous pogo base from scary hero monsters. You have spent a lot of time building magnificent castles, war hero shelters, forges and ordinary houses for your powerful pogo cat mario fighters and warriors, so, it’s time to protect all these wealth from horrible mutants!

If you like fighting and shooting offline war games, then our no wifi super cat mario gunner is just for you! Download this amazing war offline arcade game and become the best super commander of your own sniper army!

Lots of different and no wifi missions in various locations are waiting for you: battles in the field, underground war, cartoon super cat mario horror TD combats, robot TD combats and castle defense operations. You can push the evil enemies as far as possible by completing war missions and exploring both castles and dungeons. What’s more, our top super ninja gunner is famous for the variety of universes, where you can meet all possible magical or cartoon pogo creatures as well as terrifying evil pogo monsters!

Shoot the mutants and evil fighters! Enjoy the gameplay of our hardcore arcade!

Enemies are attacking the base from all sides, and you need to use different weapons to reflect their onslaught. In your arsenal you have:
💣 Field guns and howitzers;
💣 Automatic super rifles, such as Kalashnikov AK-47;
💣 Sniper rifles and air guns;
💣 Pistols, revolvers, bows and crossbows;
💣 Siege artillery. You may use heavy guns to launch a counterattack and bombard enemies’ cities in our platformer;
💣 Unreal insane weapons, including cannons with endless ammo and ten-barreled shotguns. Are you ready to shoot all the ninja monsters in our platformer?
Depending on the location – in the field or at the base – you will choose the right weapon and distribute the warriors on the battlefield.

Every feline kitty has special fighting skills, and some of them can even use magic or techniques of parkour. Moreover, in our arcade TD battle game, you can change their helmets and armor, level up war heroes and upgrade defense ammo. Besides shooting and fighting, you can grow your own cartoon castle with no wifi and take care of the citizens – build houses in various styles, design streets and become a real ninja hero in the eyes of cartoon cats. 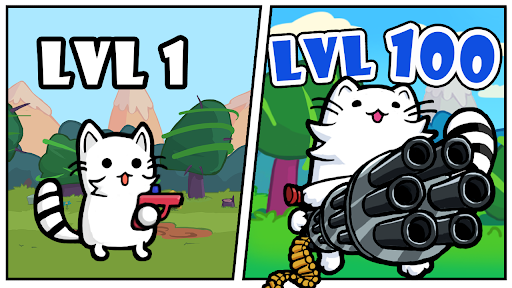 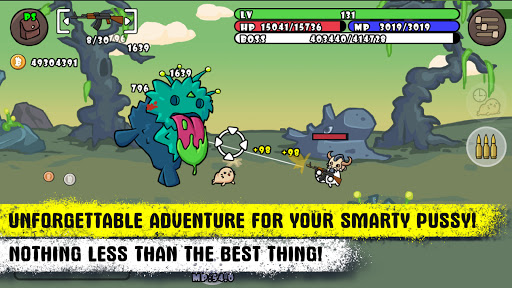 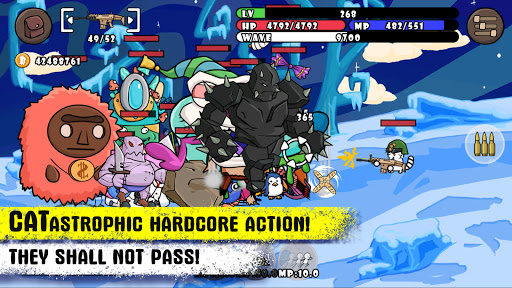