Dino Evolution – Clicker Game Once upon a time, planet Earth was dominated by the dinosaurs, a species far more advanced than mankind: towering, powerful beings, and some of them could even fly!

Then a tiny rock fell from the sky and wiped them all out…but you can help them turn this dinoSOUR tale around!

Combine the different dinosaurs to create new mutations and bring an entire species back from the darkness of extinction!

After you’re done with that, you can even put your miraculous dino-creations on display on a jurassic era themed park built on a remote island. No one has ever tried that!

What could possibly go wrong, right?

JURASSIC FEATURES
• Pantheon: a new place for supreme beings to look down on us mortals and laugh at our misery
• Impostors: watch out for impostors trying to steal the spotlight from the dinosaurs

HOW TO PLAY
• Drag and drop similar dinosaurs to create new mysterious creatures
• Use dinosaur eggs to earn coins, buy new creatures and make even more money
• Alternatively, fiercely tap a dinosaur to make coins pop from their eggs

HIGHLIGHTS
• Different stages and many dino species to discover
• A mind-blowing story with paleolithic twists!
• The unexpected mix of creature evolution dynamics and incremental clicker games
• Doodle-like illustrations
• Various possible endings: find your destiny
• No dinosaurs were harmed in the making of this game, only developers 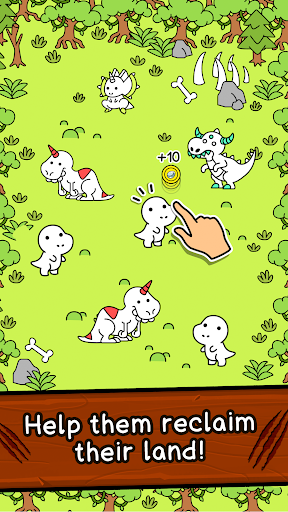 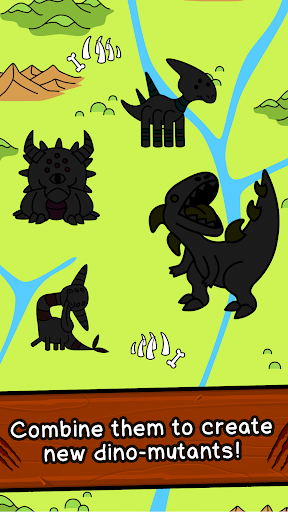