Rummy is conquering the world!
The purpose of this game is to improve your skills, learn to defeat smarts players.

Played between 2 to 5 players.
Each player brings a minimum amount to the table.
13 Cards dealt with all users.
Minimum of two runs (sequences) is required.
One of these runs (sequences) must be pure (called First Life).
The second run can be pure or non-pure (called Second Life).

A valid declare must have minimum of two runs and out of these runs one run must be pure and one run (pure or impure) must have 4 or more cards. On a valid declare the scores of the rest of the players are counted.

The requirement of first life and second life makes the Indian Rummy Card Game interesting and challenging. To win a game you will require skill, use of memory, complete focus, and involvement in the game.

Developed specifically for the Phone and Tablet with an intuitive interface. 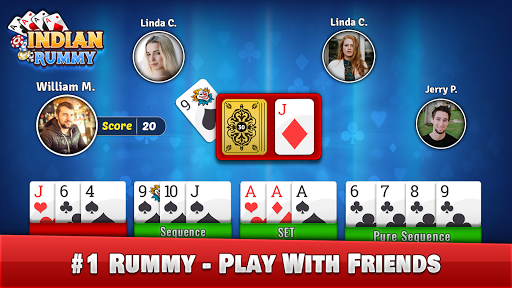 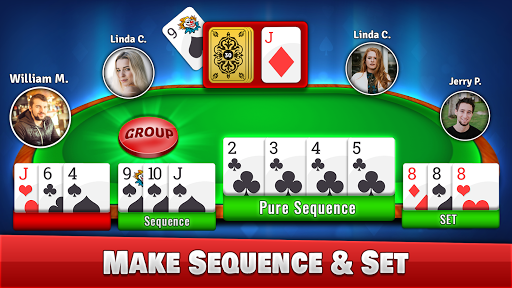 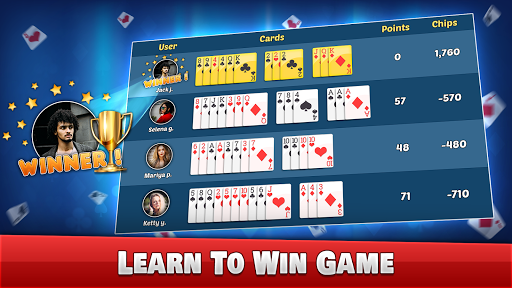