Monopoly – Board game classic about real-estate! 1.6.3

Description of Monopoly - Board game classic about real-estate!

Monopoly – Board game classic about real-estate! Roll the dice and buy, sell, build, and scheme your way to become a rich landlord in MONOPOLY, the Hasbro board game and family classic loved by over a billion people in cities and countries worldwide. One of the most classic board games you know and love is available on mobile and tablets and playable both offline and online!

Experience the classic board game in a completely new way. MONOPOLY by Marmalade Game Studio on Android brings the board to life with a universe including a beautiful animated and designed 3D city board with hotels and houses.

– ONE OF THE GREATEST BOARD GAMES – Play the Hasbro classic by yourself or with the family and friends in your life on mobile or tablets!
– A PREMIUM EXPERIENCE – No pay-to-win, no ad pop-ups, no risk, approved by Hasbro
– HOUSE RULES – Play with the most common house rules
– QUICK MODE – Finish the Hasbro board game faster than ever
– SINGLE-PLAYER – Play against our challenging AI. No need for friends or family
– OFFLINE MULTIPLAYER – Play together and pass the phone between turns
– ONLINE MULTIPLAYER – Play MONOPOLY online with people all over the world from a different city or country or create private multiplayer games to play with your friends and family in life without any risk.

Are you ready to experience the thrill of bankrupting your family and friends in life and becoming a rich landlord in MONOPOLY, one of the most iconic board games of all time?
Roll the dice, take risk, make your way around the board and BUY real estate, COLLECT rent and BUILD hotels to become a landlord tycoon, just like the popular Hasbro family board game.

Don’t get bored and challenge up to FOUR PLAYERS on one mobile device in multiplayer!

Now you can play a game of MONOPOLY anytime and anywhere, in the city and at home, offline and online! You can play by yourself or with friends in multiplayer. Try this multiplayer with up to four players on one device. Alternatively, invite family and friends to play in online multiplayer and build your real estate empire to become a rich landlord and the king of the MONOPOLY universe. When you are ready to roll the dice, you can host a private multiplayer lobby or share public games with friends online from different cities.

Finish a game of MONOPOLY FASTER THAN IN REAL LIFE in QUICK MODE!

Don’t worry about the risk of a game taking too long. Use the Quick Mode to complete it in one hour or less. You’ll spend less time in jail, build hotels sooner, become a successful landlord faster, and end the game after the first player is bankrupt; the richest player wins and becomes the MONOPOLY King.

Our MONOPOLY game includes like in real life all well-known, POPULAR HOUSE RULES

Do you receive M400 instead of M200 when you land directly on GO in your family or friends group? Create a custom game with your family’s favourite house rules and become the MONOPOLY king in your family.

We have made sure our game is safe for kids, without any risk, and easy to play for the whole family online or offline in multiplayer. Like the original Hasbro board game, everyone can buy, sell, collect, build, and play! Since the game is ad-free, you won’t risk bumping into inappropriate ads. And with private online multiplayer, you don’t have to share a game with strangers and can simply play with your friends.

Play with your LOCAL EDITION of MONOPOLY!

Our game includes the largest number of localised boards any of the digital MONOPOLY board games has ever offered. Play with a board from select countries and unlock the ‘Explorer Pack’ to discover different cities and its real estate! Roll the dice, take risk, BUY or SELL real estate, COLLECT rent and BUILD hotels as a landlord in cities and countries all around the world.

Let’s jump into the MONOPOLY Universe!

You’re in for a frightfully good time! Get ready to buy, sell and scheme your way to riches in a city where monsters rule! In Monstropolis, creatures from your wildest nightmares live in a new, reimagined city. Prepare to be horrified by the cost of rent as you build your spooky empire! Will your opponents flee before your wealth, or sneak into the lead with a shock purchase? This Halloween, trick AND treat your family and friends with this whole new MONOPOLY theme!

App Information of Monopoly - Board game classic about real-estate! 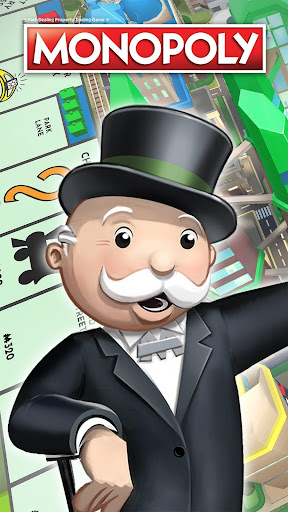 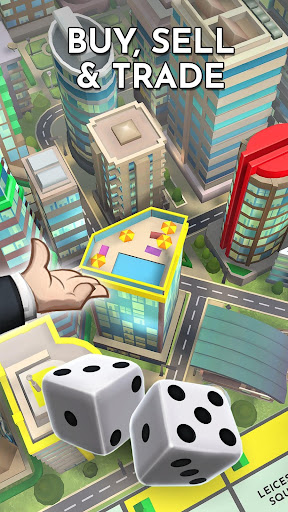 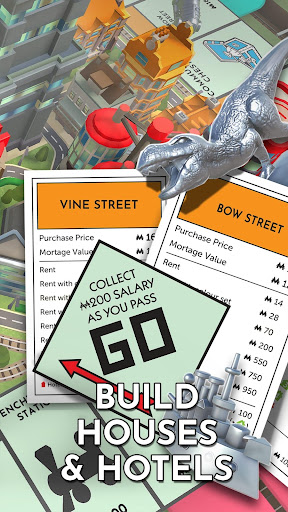 Related Posts of Monopoly - Board game classic about real-estate!