Sixty-Six is a free 5-card game played with a deck of 20 cards consisting of the following: Ace, Ten, King, Queen and Jack, respectively worth 11, 10, 4, 3 and 2 card-points. The Dealer is determined by different methods, while the deal alternates. Each player is dealt five cards and the top card of the remaining deck is turned face-up to show the trump suit. The remainder is placed crosswise on the trump card game.

♦ Play Sixty-Six with your friends Online
♠ Improve your Schnapsen Skills and get on the top of the 66 Highscore lists
♣ Play card games against the computer in multiple difficulty levels or chat with other players
♥ Enjoy the realistic display of the Schnapsen cards on the table and get the feeling of playing in a traditional Tavern!

——— ♠♣
You can play Schnopsn alone or with yours friends. It’s free of cost and easy to learn but you will have to develop good strategies and tactics to beat your opponent.

Check it out on our website: http://www.schnopsn.com/
– Improved Game Scoring Sheet
– Bugfixes and stability improvements 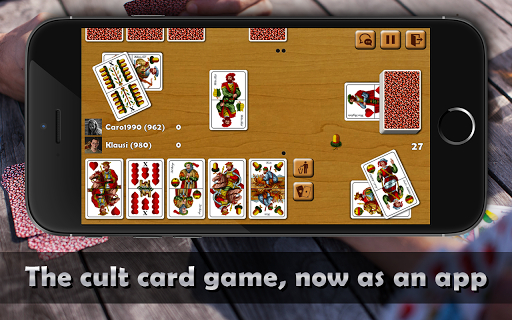 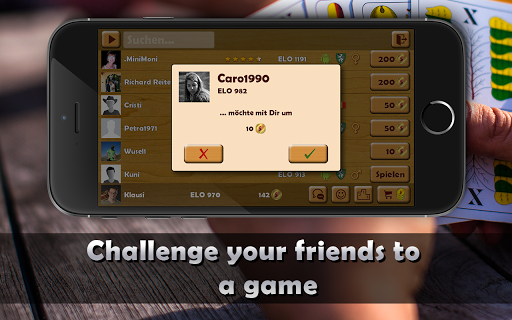 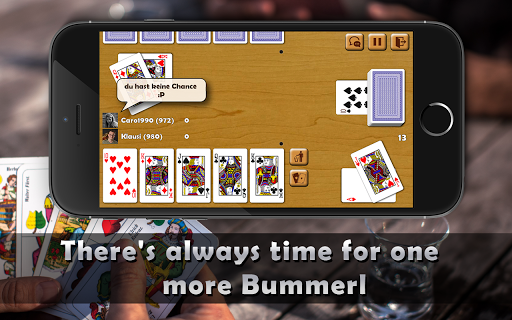