Stickman Battle Royale Free Firing : WW2 Battle 1.2 Stickman Battle Royale Free Firing : WW2 Battle
Gear up yourself to be a part of this battle between stickman. Do you have the courage to take on the world by yourself? Then get ready for the best shooting experience in this stickman royale ww2 battle. It’s a battlefield where you have to prove yourself as a valiant warrior. Use your combat strategies to fight.

The game consists on single mode : Battle Royale Mode in which you have to fight with the enemies to be the best shooter in this world war. Game consists of various levels filled with thrill and action. Each level offers variety of weapons which can be used against the enemy. You have rifle and pistol as your weapons and unlimited bullets. Show your best shooting skills.
Good Luck!

How to play:
Follow the instrustions of Level Tutorials thoroughly in 1st level.
– Move Player With Joystick.
– Aim and Shooting.
– Cover and hide under different objects. 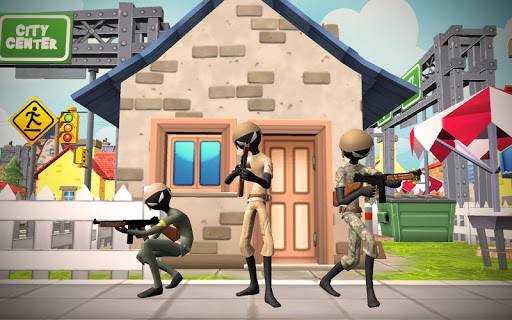 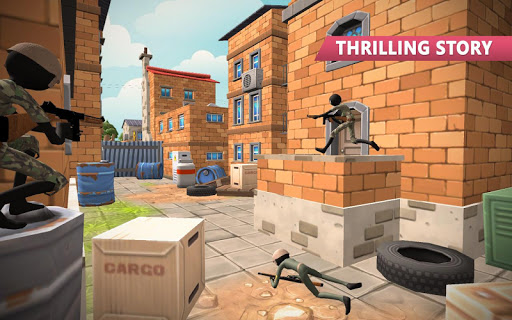 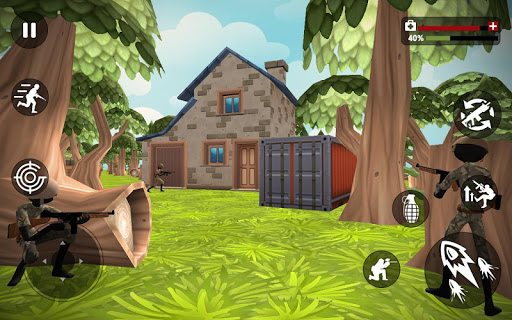