Super Black Hero Rope was a normal person before becoming a superhero. one day his girlfriend was kidnapped by gangsters. he tries to rescue her by going to the chemical weapons factory. unfortunately, they catch him and tried a chemical weapon on him. by the days he became stronger, super fast.

Take the adventure to save the girl from enemies and help him to become normal, Start your mission and go beat the gangster with Super Black Hero Rope superpower of flying fast, mega jumps, neon eye laser, and more RPG elements.

Superhero simulator has many powers like flying that allows you to roam around the city and searching for victims and fight with gangsters, you can shoot and snipe the kidnapers with a powerful gun and eye laser. and mega jump to avoid the gangster bullets.

Beat the enemies with your weapons and save the girl from street thugs with the help of minimap that can show you where the gangster mafia is. fight with your powerful laser gun and achieve the missions and reward yourself by winning the take the next level of the game.

The game is adapted to all mobile devices. The game has an appropriate interface to play on tablets and phones. play it on both powerful devices and weak ones.

Hope you enjoy the simulation game if this action game you can share with friends and have fun. 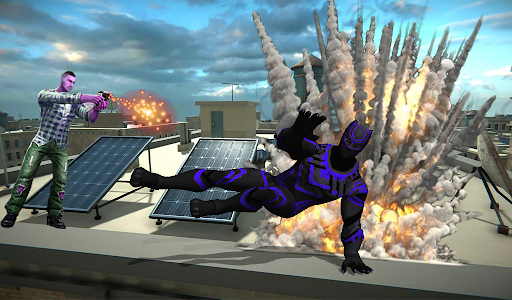 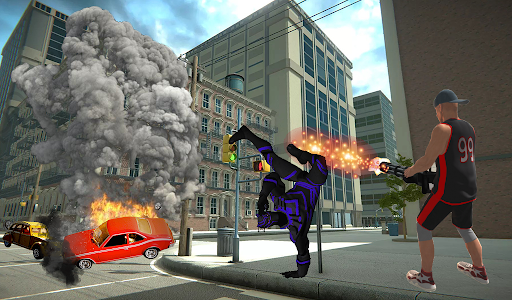 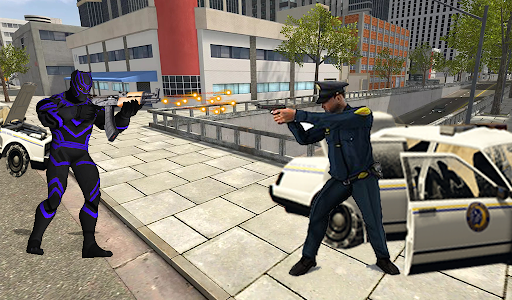