Tour de France 2021 Official Game – Sports Manager 1.6.7 Official Tour de France Game!
Create your own team and compete with other players in the Official Tour de France cycling game.
Become the manager of a professional cycling team and lead them to victory.
Recruit the best riders and train them to their full potential.
Make them race exact replicas of the stages of the biggest road bike racing events of the year.
Pick the best strategies and choose the right maneuvers to conserve the energy of your team or break through the opponents at the right time.
Develop the facilities of your camp, to unlock better or new options.
Join events and compete against the best players from around the world.
To win the most demanding competitions, plan carefully, but in the race react quickly!
The official sport manager game of the Tour de France 2021 is waiting for you! Become the cycling manager you always wanted to be!

ADDITIONAL FEATURES:
– Upgrade your bikes, uncover better ones, and constantly improve.
– Each race follows the exact topography of a real-world race, including intermediate sprints and mountain categories
– When a major competition is live IRL, it triggers an in-game event with the exact same stages on the exact same days, open to every player, whatever their level.
⇒JOIN US QUICKLY AND TAKE PART IN TOUR DE FRANCE EVENT, STARTING JUNE 27TH!
– Get your friends together to create a club to race against other groups of players
– Develop new technologies, including better tactics (catch escape, paceline, supplies…), in the R&D building.

The game requires an Internet connection. Devices with at least 1.5 GB RAM recommended. 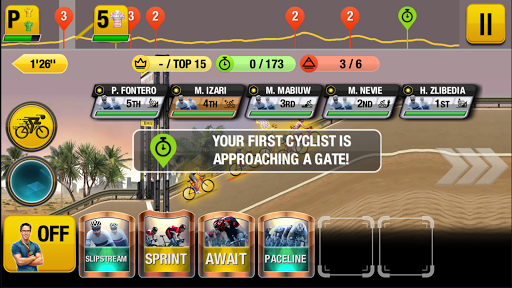 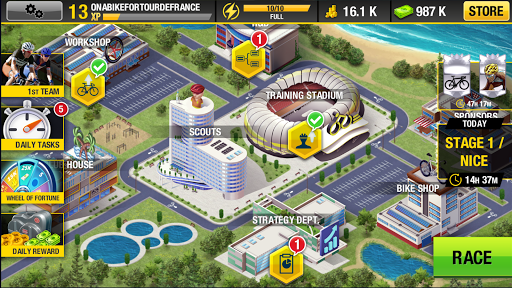 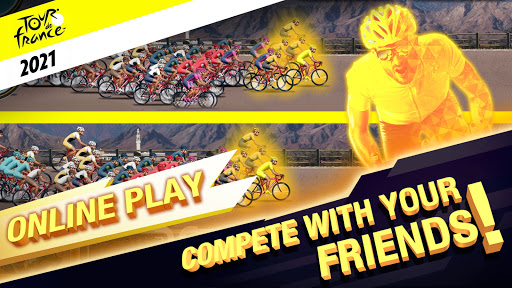